Yes, I know itŌĆÖs only April and, in many regions, there may still be some snow on the ground. But this is exactly when we need to begin thinking about a fly control plan for calves, before the temperature gets much warmer.

Choose Your Methods. Using an integrated pest management (IPM) system approach to fly control is often more effective than a single strategy. Integrated Pest Management is an effective, environmentally and cost sensitive approach to pest management that relies on a combination of common-sense practices, along with complete information on the life cycles of pests and their interaction with the environment.

The parts of an IPM program are:

Experience around dairy farms has shown that an effective IPM program for fly control often includes a combination of all three parts.

The First Step. Identifying the type of flies and pests on your farm is the first step in an effective control program. We have to know what we are dealing with to be able to treat the problem. To identify the types of flies, consider hanging sticky tapes or ribbons to trap them. The Internet, gardening magazines, or local experts may be helpful in accurately identifying the pests. I like to think of it like going to the doctor to identify if you have a viral or bacterial infection, in order to best treat the problem.

The three most common types of flies around dairy operations are:

Stable flies: These pests deliver painful bites that cause irritation to the animal and can reduce growth or production.

House flies can often be found laying their eggs in cow manure and multiply quickly. They can spread disease among the herd.

Horn flies feed on the blood of the animal, causing tissue damage, irritation, and can result in weight loss or reduced gains.

Cultural Control. Preventing fly populations from becoming a problem should be the number one priority of any pest management program and the single most important step on a dairy or calf operation is waste management. Removing piled manure, waste feed, and even the wet waste that can accumulate around the base of waterers should be a regular part of the weekly farm chore routine. Immature flies love to live in this type of moist waste and if the temperature is right, they will hatch in 10-21 days. Cleaning up and removing waste interrupts the fly life-cycle and helps reduce the population.

Another area that can be a great hiding place for flies is tall grasses and weeds. Keeping areas like this near hutch pads or the perimeter of calf barns trimmed throughout the season makes one less place for flies to live.

Biological Control. Fly parasites can be considered an effective natural biological control because they are a natural enemy that kills developing flies in the immature maggot and pupa stage. These parasites are gnat-sized, burrowing insects that are a naturally occurring enemy of all manure breeding pest flies. These tiny wasps are specific to flies and stay close to manure and areas where flies like to reproduce. The wasps are naturally nocturnal, have no ability to sting, and disregard humans or animals in the area. Because fly parasites reproduce in 2-3 weeks, they are constantly replenishing the beneficial insect population as the warmer, damp seasons progress. However, because the fly life cycle is much shorter than that of the parasite, it is important to start using the parasites early in the spring season.

John & Lynda Lehr had seen testimonials of other farms using fly parasites successfully and began to look into it further. They have been using fly parasites at their New York operation the past four years and have found that starting early is the real key to effectively managing flies. They are on an automatic delivery system with Spalding Fly PredatorsŌäó that begins in late April and continues until October. Their goal is always to be ahead of the fly development. In the peak summer months, new fly parasites are dispersed more often, but the Lehrs find it averaging every 2-3 weeks.

When the Lehrs began looking into fly parasites ŌĆ£we found good information on websites, but actually talking to the customer service reps by phone was most helpful for us,ŌĆØ they note. ŌĆ£The representatives really helped us determine a schedule and the number of Fly PredatorsR we needed for our operation.ŌĆØ The team put parasites around waterers, barns, calf hutches and any wet or manure areas and have found that it has really helped manage their fly populations in conjunction with the pour-on and feed-through measures they were already using. Both their milk replacer and calf grain have ClariflyR in them during the summer months. The Lehrs also use a pour-on fly repellant for heifers on pasture, but since adding the Fly PredatorsR, find they only need to use it 2-3 times during the summer, instead of every two weeks as they did previously.

Another biological control method often considered on calf rearing sites is ClariflyR, the feed through fly control the Lehrs mention. This product stops flies in the larval stage and can be included in both milk based and calf starter portions of the calfŌĆÖs diet.

Chemical Control. As you develop your fly control plan for this season, it may also include some chemical control measures as well. These may be residual premise sprays, larvicides, and pour-on or sprays applied to the animals directly. Once again, when considering a product, it is best to select one that best aligns with the type of flies on your calf-rearing site.

Spring is in the air. As I write this, the first spring flowers are starting to appear from the ground and as the temperatures continue to warm, the pesky flies wonŌĆÖt be far behind. Now is the best time to develop a robust pest management plan for your farm. Start now to tell flies to ŌĆ£buzz offŌĆØ this season.

Kelly Driver, MBA has been involved in the New York dairy industry all her life. In addition to raising dairy calves and replacement heifers, she is the Eastern US & Canada Territory Manager for Calf-Tel. Feel free to contact her at kellydriver@hampelcorp.com with your calf questions or suggest a topic you would like addressed in a future blog.

Courtesy of our dealer ŌĆō 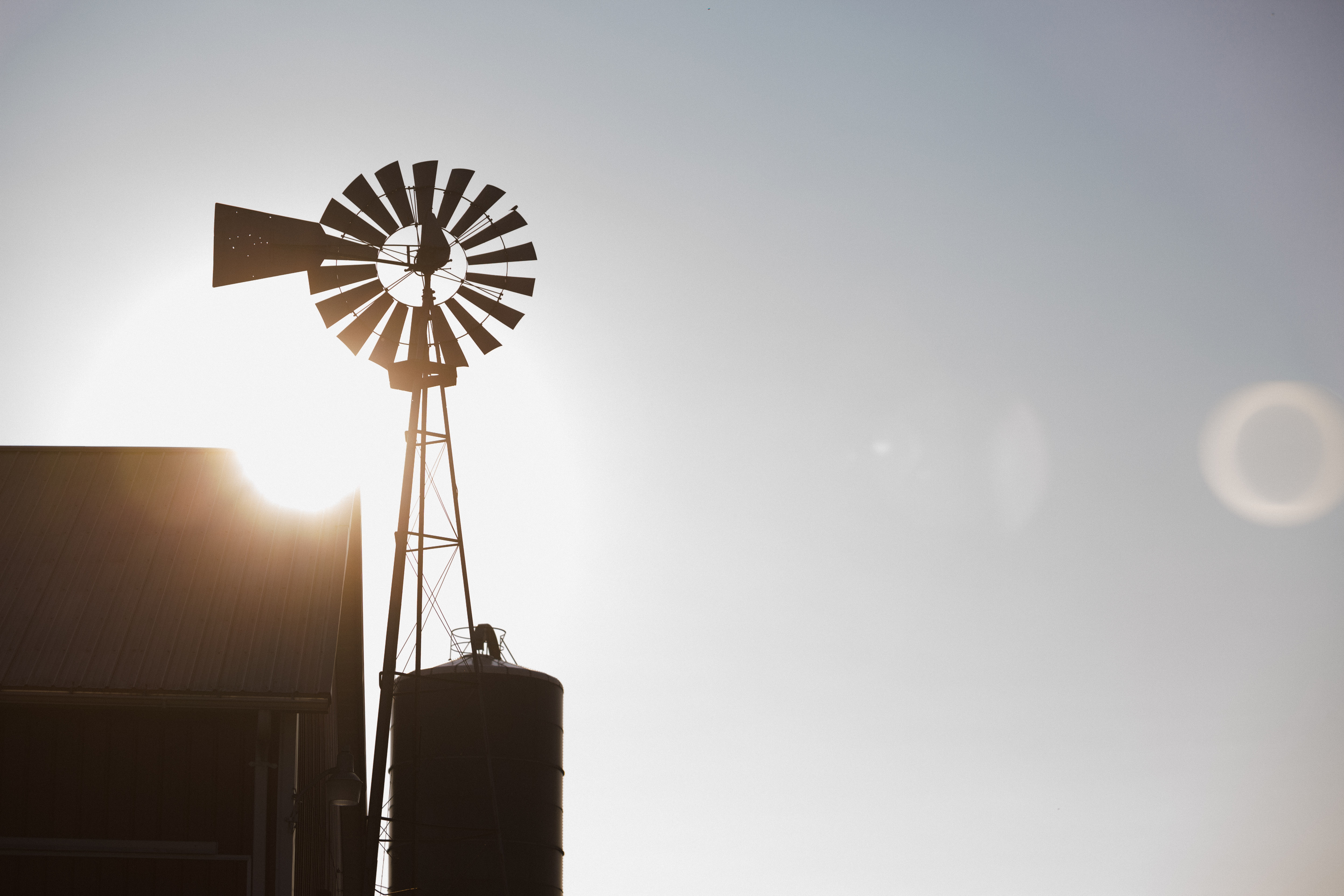